MicroSD compatible? Yes, up to 128GB

Samsung takes a very different approach to new smartphones than arch-rival Apple. While the latter only introduces a new technology when it’s good and ready, and is certain of what customers will use it for, Samsung likes to throw everything at the wall just to see what sticks. Remember the Samsung Galaxy Beam with its built-in projector? Or the Beat DJ, which featured integrated turntables?

Samsung might not make the insane profits that Apple does, but you can’t say the approach doesn’t work some of the time. Back in 2011, the then gigantic first Samsung Galaxy Note was a shot in the dark – who would want to use something so darn big? Millions, as it turned out. And just as Apple has finally entered the ‘phablet’ fray with the iPhone 6 Plus, Samsung is expanding on the category with its next technological leap forward: screen-edge functionality.

The Samsung Galaxy Note Edge is a Note 4 – an excellent base to start with – with one unique addition: a screen that folds down and wraps around the right-hand edge of the phone. This second sort-of display gives you access to shortcuts and notifications when you need them, or so the theory goes.

In practice, it feels like more of a gimmick than a useful addition.

It’s certainly a conversation starter, though. The Galaxy Note Edge looks like a Note 4 with one side melted or sloughed away. It shares most of the Note 4’s pros and cons. On the downside is the sturdy but cheap plastic and the faux-leather material of the rear. But on the upside, it offers access for replacing the battery, as well as boosting storage with a microSD card.

It’s massive, which is not in itself a criticism, but it could have been made easier to use. Since one side is now all screen, the power button has been moved to the top of the phone, and is all but impossible to reach. You’ll constantly be stretching just to turn the phone on and off, when it would have been so much easier just to double-tap the screen to lock and unlock, as you can on the LG G3.

There’s a heart-rate monitor included, as found on the Samsung Galaxy S5, which seems fairly accurate, but isn’t great for anything other than resting pulse, since you won’t want to run with a phone this big in your pocket. You’ll also find a fingerprint scanner built into the home button, but unlike Apple’s effortless Touch ID sensor, it isn’t worth using. You have to swipe your finger across the button rather than simply hold it there, and since it only works swiftly nine times out of 10, it’s not worth using. After all, a simple and secure PIN lock works 10 times out of 10.

The display is beyond beautiful, so long as you can cope with asymmetry. The quad-HD resolution AMOLED display is arguably the best screen on any phone in the world right now, with stunning vibrancy, undetectable pixels and broad viewing angles. The same is true of the Galaxy Note 4’s display, of course, but it’s the unusual ‘spine’ screen that really stands out here. In use, it’s hit and miss.

Samsung has aimed to discretely provide extra control options here, for whatever app you’re in, so you can get on with your day on the main display area. It’s exceptionally handy for shortcuts to frequently used apps such as quickly jumping to the Chrome browser or controlling the camera, but not much else. A few apps offer extra controls on the sidebar – Spotify track controls, for instance – but this is seldom as handy as the lock screen controls Spotify offers on any Android phone. There’s also a pop-out ruler should you need to measure something less than 5 inches.

It’s infuriating for notifications. The spine is keen on giving you needless weather updates, but these are far less irritating than the scrolling message notifications that run down the spine rather than across the top, as with other Android phones. Unless you leave your phone in a cradle on its side all day, you’ll constantly be tilting your head to read these perpendicular updates, and it’s annoying.

Part of us wants to give Samsung the benefit of the doubt: it certainly is pretty, and could lead to some incredible designs somewhere down the road. But right now, it’s a Galaxy Note 4 that can open your web browser quite quickly from anywhere else in the operating system.

The Galaxy Note 4 is a phenomenal phablet, so sharing its credentials is a bonus. It’s shockingly fast: Qualcomm’s new 805 chip combined with a hefty 3GB of RAM makes slowdown a thing of the past. If there are games the Note Edge does not support, it’s only because they’re exclusive to other hardware like the Nvidia-only Portal and Half- Life 2. This device flies.

Android itself, meanwhile, is fast, fluid, easy to use and app-packed (at the time of writing, the Note Edge ran Android 4.4 KitKat, though a 5.0 update has reportedly begun rolling out). We’re usually not a big fan of manufacturer additions to Android, but they’re required on a phone with a second, slanty display on the side, and if you can cope with Samsung’s Fisher-Price user interface (or know how to change it), they’re not too bad.

Samsung’s video player, for instance, is comprehensive, seemingly handling almost every format and codec, with lots of options for subtitles. And then there’s the built-in stylus and software, letting you quickly doodle notes or even cut out screenshots and save them. Lastly, like many Samsung phones, the Note Edge lets you open two apps on screen at once and resize them – a thoroughly handy option on such a large screen, especially with an app launcher running down the spine to complement them. Quite why Google hasn’t baked this into Android yet is beyond us.

Taking a picture with the Note’s Edge display might be the most useful thing about the spine. As the camera options have been relocated to the spine, there’s no clutter in the way of your shot on the main screen, helping you frame your shot easily. The 16-megapixel sensor grabs some of the best smartphone stills today, at least in daylight, with excellent detail only slightly let down by the single LED flash in darker scenarios.

It’s also fast enough to grab 4K video at a smooth 60 frames per second, which looks great too, though you’ll need a 4K screen to get the most out of it.

There’s also a very generous 3.7MP camera on the front for video chats and selfie fanatics.

Unfortunately, all of this technology comes at a price. All those pixels that hefty CPU is pushing, that 4G data, all those sensors: once upon a time, a 3,000mAh battery would have seen a phone through two days of use with some gas left in the tank, but no more. You’ll need to charge the Galaxy Note Edge every night, and if it degrades in quality over a year of use in the same way that our Note 3’s battery has, heavy users may find themselves having to top up during the day, too. There is a battery-saving mode that cuts down options and switches to black and white for a few more hours, but this is no marathon mobile. Sony’s powerful but more compact Sony Xperia Z3 Compact has a run time of almost double the Edge’s, and is your best choice on Android for longevity.

The added display is not worth the Note Edge’s enormous price tag. There are lots of innovative things that can be done with AMOLED displays – since individual pixels can be turned on and off, data can be displayed in sleep mode with almost no power drain – but having them dip down on one side is not one of them.

When a frankly astonishing version of this phone, which looks only slightly more standard, can be had for substantially less money, it’s hard to view the Edge as anything but another one of Samsung’s tech demos for the inevitable day when we can roll up our smartphones like a newspaper.

A worthwhile endeavour, in other words, but for Samsung’s development boffins, rather than you.

The Samsung Galaxy Note Edge points to an exciting future when we no longer have to accept that a smartphone screen has to be rectangular. As is often the case with a new technology, though, it needs more work. As cool as the edge looks, it serves little purpose, other than to make this a more expensive Note 4. Call us when the screen wraps all the way around, Samsung. 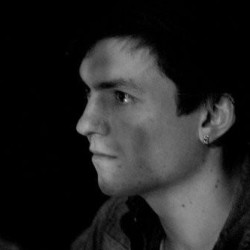