Lenovo has already proved its worth when it comes to solid Windows tablets with its IdeaPad range of premium slates. With the launch of its Miix 2 it is also targeting the mid-range  compact tablets sector, where the competition is slim – only the mediocre Toshiba Encore and slightly better Dell Venue 8 Pro to speak of. So, will the Miix 2 allow Lenovo to attain a monopoly on cheaper Windows tablets?

Before we get to the Live Tiles design of the Windows 8.1 OS, let us first analyse the look of the hardware itself. At 350g and with a large bottom bezel – which houses the Windows home button – the Miix 2 weighs more and is larger than both an Amazon Kindle Fire HDX and iPad Mini. Still, the Miix 2 doesn’t feel heavy and is as easily navigable as you would expect a compact to be.

Its curved corners and plain black front are now common design features. The silver back, which houses its 5MP rear-facing camera and stereo speakers, helps it to stand out from the crowd to a certain extent.

Now to the main attraction (for Microsoft fans at least), the Windows 8.1 design. One thing even naysayers have to admit is that Windows Live Tiles certainly look great. There are a number of illuminating themes to choose from, which come in a variety of bright colours and darker hues. We chose the astrologically themed, midnight-blue colour for our background.

The unending home screen – that can be navigated by scrolling from left to right – can also house plenty of apps and feels incredibly smooth. By holding down an app you can place it in its respective column – which you can also categorise by name and preference. Additionally, a number of the regularly updated apps (such as social networks with busy timelines and newsreaders) are constantly refreshing themselves in a slideshow fashion, which is also eye-catching in a   good way.

All in all, we remain fans of the Windows Live Tiles layout and it can help spruce up the design of otherwise dull slates – which, to be honest, is becoming the norm outside of high-end devices such as the iPad Air and Sony Xperia Z2 tablet. It’s just a shame that elsewhere, Windows tends to get it horribly wrong.

Let’s get the negative out of the way first. In an effort to unify its various devices (phones, slates and desktops and laptop PCs), Windows 8.1 contains both its Live Tile UI and a separate desktop. The latter means that you have the frankly quite odd look of a PC, equipped with the administrative tools you would find on a desktop, on your tablet. The fact that you have to navigate away from the Windows Live Tiles home screen in order to access the desktop makes it an even more jarring experience. It really should have been one or the other.

Windows users may argue that having access to a desktop allows for a powerful PC-style device to be constructed from a tablet using accessories, such as an external keyboard and mouse. However, that doesn’t apply to a smaller, less powerful slates such as the Lenovo Miix 2 – which contains a slower 1.3 GHz processor and a small 8 inch screen. If you’re looking for a laptop replacement in a slate you’re better off getting a high-end device such as the Microsoft Surface Pro 2 (or the upcoming Surface Pro 3) or the larger Lenovo IdeaPad Yoga 11S.

Putting aside these issues, the Miix 2 is great at doing the everyday tasks you would associate with a compact slate. Running apps, browsing the web, watching videos and even playing graphically superior games is a breeze.

Although we’ll get to the limitations of the Windows app store later, the popular and powerful apps we did try out – including Facebook, Twitter and YouTube – all ran well. Apps opened instantly and social network timelines and news feeds updated quickly. Additionally, opening links in the Internet Explorer app was also fast and general web browsing was a smooth experience.

Viewing 1080p HD videos on YouTube was enhanced by the bright display on the Miix 2, despite its average resolution. The stereo sound was also loud enough to warrant repeat viewings and didn’t even need to be cranked all the way up.

In terms of games we tried out the well-reviewed Six Guns – a Red Dead Redemption style, open-world western game from Xbox for Windows – with good 3d graphics. Surprisingly, for a relatively slow processor, there was no lag while playing what is obviously a powerful game. We also tested the perennial favourite racing game; Asphalt 8: Airborne, which ran relatively well – although its fast-pace and high-end graphics made for a slightly jittery ride due to the reduced frame rate, but it was hardly noticeable and didn’t affect the gameplay too much.

Overall, apart from the slightly puzzling Windows OS, the general performance of the Miix 2 is above average for an affordable compact.

As we mentioned previously, Windows fans will obviously take to the Miix 2 faster than inexperienced users. Consequently, the device can sync with your Windows PC and Outlook email to offer a regularly updated Windows experience. If you don’t have a Windows email (or like us you created one years ago and then moved on to better mail clients such as Gmail), syncing your profile will only lead to needless notifications from an account you no longer use.

That’ll be the least of your worries if you’re not a general Windows user. More worrying is the lack of apps and games available in the Windows Store. Although you can grab the really popular social networking apps such as Twitter and Facebook, there are some glaring omissions such as Instagram and Snapchat. Third party clients for music streaming apps such as Spotify and Soundcloud help bridge the audio gap on the OS but a lack of popular games (no Candy Crush Saga or Temple Run here folks) is a crippling disability and won’t help attract otherwise unsure consumers to the OS.

Additionally, productivity apps such as Microsoft Office are no longer the mainstay of Windows devices as they are readily available on Android and iOS now.

We did, however, enjoy the built-in Bing newsreader app. This news aggregator had a nice variety of popular and alternative feeds, both domestic and global. The ability to customise the app so we could read news from broadsheets such as The Guardian alongside alternative websites such as Pitchfork and Gizmodo was also a nice touch.

Unfortunately, the features on the Miix 2 are few and far between. The compact device was never going to fit in anything too powerful, but the weak 5MP rear-facing camera and the relatively decent 2MP front-facing snapper may end up being ignored by most. Video recording at 1080p is solid but, again, it is not necessarily a function you will use repeatedly. Nonetheless, the front-facing camera may come in handy for those wishing to conduct Skype video calls using the device.

With its solid performance across the board, frequently usable in-built apps and compact size, the Miix 2 is a small slate that is surprisingly versatile. Despite the limitations that comes with the Windows OS, it performs general tasks well and, for that price, it won’t let you down. With the 3G capability you can even connect to the Internet on the move. Overall, it offers plenty of pleasant surprises to combat the failures of its OS.

Yes there are better Android slates out there for the same price and Windows will always lag behind its arch OS rivals in the apps and games department, but if you’re a Windows fan looking for a solid compact, then you won’t find much better than the Miix 2. Everyone else should also take note of this small but substantial slate. 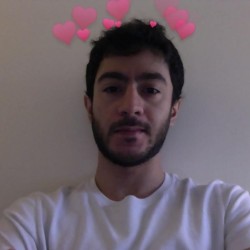